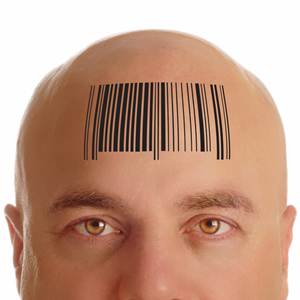 Relationship Help for Men. This article is written by a man who has been through Frustrating Online Dating Experiences (FODEs), but has since learned how to overcome the problems.

Characteristics of a FODE include most of the following:

Frustration arises from two sources. One is a sensation of wasted time. You may spend a disproportionate amount of time on the computer trying to set your dates up compared to the amount of time you actually spend on the dates themselves and meeting people.

The second source of frustration is unreliable dates that either postpone repeatedly, cancel at the last minute, or in the worst case scenario, stand you up completely.

These problems can be magnified if Online Dating (ODing) is your only channel of meeting women, and especially if it is the only form of social contact that you are using. In that situation, having a FODE can make you feel like your entire social life is not going well, causing significant emotional damage.

These problems can be overcome.

First and foremost, ODing should be used as a supplement to and not a substitute for more ‘natural’ means of meeting people, such as in bars, in the grocery store, at the mall, in sports clubs, and so on. It should certainly not act as a substitute for friendship; if ODs are the only social contact you have outside of work, you need to work on your social circle and get some friends into your life. Fixing this will give you other social outlets so that even if you are having a bit of a FODE, it only affects a relatively small proportion of your social life and limits any emotional damage to an insignificant level.

Dealing with a low response rate requires some understanding of the social dynamics of attraction and the effects of ODing.

As a survival instinct, men have an in-built anxiety about approaching attractive women that they haven’t met before, since in a primitive society approaching a girl from a different tribe could end up getting you killed if you approach one who is taken. Our society has moved on so that we now have rules that stop potential rivals from killing us, but the emotional wiring in our brains might take another million years to catch up, and in the meantime we still have this anxiety. ODing makes it easier to contact people who are looking for the things that you have to offer since it removes approach anxiety. A side effect is that it makes it too easy. Girls, particularly attractive ones, are therefore bombarded by emails from men to the point where they simply cannot answer all that they receive. It’s nothing personal, it’s just a simple logistical reality.

Why aren’t men bombarded with emails to the same extent? Is it because the man is supposed to pursue and the woman is supposed to select out of some social custom about chivalry? Not at all. It is because of the differences in the way men and women are attracted to each other.

Men are initially attracted to women based on survival and replication characteristics. The ability to bear children who are likely to be attractive enough to carry on your genes is neatly conveyed in a few straightforward physical attributes such as breast size, hip-to-weight ratio, overall shape, youthfulness, and general attractiveness. These are attributes that are easy to convey in a photo. The stimulus of a photo is enough to get men on the ODing circuit sending emails.

If you’re a good writer, you can communicate a certain amount of your value in your written profile. However, it is only through interaction and conversation that you can truly build comfort and attraction on the woman’s part. The job of your online profile is to pique enough of her interest that she will want to meet you and find out more. A photograph of you in the company of other friends at a social event, particularly attractive female friends having a good time and laughing at what you say, will be a lot more effective than one of you sitting alone at your desk posing for your webcam. Text that is funny, witty, relaxed, and probably doesn’t even mention what you’re looking for will be a lot more effective than a desperate and lonely plea for a partner that you badly need. A relationship is made of two whole people, not two half people, so you need to look like you have your act together, are a happy person, have other people (particularly females) in your life, and can function confidently and happily without a girlfriend, but are open to the possibility of one.

The main joy of socializing is finding out what makes someone tick. If you tell all there is to know about you in your profile, you leave nothing left to find out about you once you meet. Don’t give the whole game away before you’ve even met.

Invite the female reader to take up the challenge of meeting you if she thinks she has what it takes. Your value should be high enough that you can talk in terms of her having to convince you that you should meet, rather than vice versa.

Once you get as far as meeting, a common source of FODEs is a high quantity of low quality dates. The standard complaint is about ten dates in one week that in hindsight all seemed the same, it was difficult to recall which person was which, and they all seemed like job interviews in which both parties simply swapped resumes. A question-and-answer session in which each person asks and answers the standard questions of where they live, what they do and where they’re from is going to produce few memorable experiences for either party no matter how much you have in common.

The afternoon coffee date is perhaps the worst cliché of all. Meeting in a coffee shop to verbally swap resumes over coffee before she leaves to fulfill her evening plans is a sure fire way to have an unsuccessful date. A more interesting date will involve the following characteristics:

On the issue of looks, genetic looks in a man are not as important as you may think. This is evidenced by the number of incredibly attractive women who you may have noticed hanging out with guys who you probably don’t consider to be all that attractive. What is more important is that you’re in reasonable shape, well groomed, and well dressed. These are all things over which you have considerable control.

In all, you need to be an already well-rounded person before you can get the most out of ODing. You should be confident in groups, have a network of friends, be a leader, be assertive, not be needy, and above all you should be using ODing as one of many weapons in your arsenal. Getting frustrated and blaming all women for a FODE is not going to help you to meet a partner, and it is certainly not going to make you look attractive if you let women see that you are having a FODE, for that is lowering your value in their estimation by branding yourself a loser.

Lowering the standard of women you try to meet is unlikely to help you, and will only sell yourself short. You do not have to settle for less, you can keep your standards high if you work to raise your own value and to improve your ability to communicate your value. Remember the hot girl you saw who looked like the most beautiful woman in the world? Someone has to settle down with her and have children with her. Why shouldn’t it be you?

You may need to compile a self-improvement to-do list and work your way through it before you notice any difference in your results. That requires initiative, determination, a willingness to learn, and the ability to take personal responsibility for your own wellbeing.

In all of this, think of the men who are hooking up with attractive women and remember this one important mantra: What one man can do, another can do.

Recommended reading:
The Game, Penetrating the secret society of pickup artists, by Neil Strauss
The Mystery Method, How to get beautiful women into bed, by Mystery