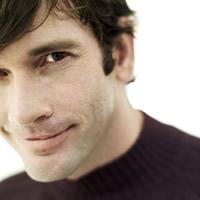 Female intuition seems to be getting all the glory these days. The fact that it’s got its own name speaks for itself. Does it warrant its royal status? What about male intuition? If I’m a guy, does it mean I’m less intuitive or not intuitive at all?

The North American interpretation of Yin-Yang seems to be quite literal. If you’re a female, you possess a certain set of abilities, intuition taking the podium. If you’re a male, you have none of the female gifts, but you are well endowed with your own, unique to males, qualities. While there is some scientific support for some cognitive differences between males and females, focusing on them, in my opinion, caused a great deal of disservice to both parties.

As I have written in my “The Wife Always Knows”: Myth or Truth? The Work of Intuition in Relationships article, neuroscience gave us great clues about intuition. While explaining the underpinning of our “something’s wrong” or “Eureka!” moments, none of the articles I’ve read distinguished between male and female capacity for such experiences. In fact, the general ability to collect vast amounts of information and establish patterns unconsciously belongs to the HUMAN brain.

To reiterate the point, let me go through the steps of how intuition works. Imagine a stealth radar quietly surveying the field at all times and collecting data about it. At some point, the radar collects enough data to start making sense of it. Eventually, it establishes a pattern. The pattern exists because certain things happen in a predictable manner. When the pattern is broken, we have a feeling about it, which we refer to as intuition.

We all have this marvelous function of our brain to raise alarm when something is off. It is achieved through the activation of our warning system, which fires up the adrenal glands and produces:

Research showed that people who are more in-tune with their heart beat and other physiological signs of stress are better able to make decisions intuitively. (Notice, the research did not differentiate between men and women.)

For instance, your garbage truck comes at 6:30 a.m. every Wednesday, and you have learnt to talk yourself down from getting upset because the truck wakes you up with its noise. Today is Wednesday, and you woke up and thought to yourself, “Something is different. Something is not right.” Your intuition gave you the heads up because the pattern was broken – the truck didn’t come.

Somewhere in my readings, I did come across a couple of points that might explain why female intuition is leaving us guys in the dust (seemingly).

Countering the above argument, one could refer to endless examples – from Albert Einstein to Steve Jobs – of men crediting their intuition for their discoveries, achievements and accomplishments.

Granted, those examples apply more to the world of business and science than intimate relationships, but I have a feeling – call it male intuition – the world is changing… for both sexes.

P.S. For more on intuition from an experiential point of view, check out Simply Spirit: A Personal Guide to Spiritual Clarity, One Insight at a Time. It has a whole chapter devoted to intuition.

Joseph Eliezer (www.josepheliezer.com) is a Vancouver-based psychotherapist, author and speaker with a special interest in intuition. Joseph credits his intuition for helping him pen his writings, including his first book Simply Spirit: A Personal Guide to Spiritual Clarity, One Insight at a Time, which has reached the #1 position at Amazon.ca. Joseph has been interviewed by BBC Persia on Intuition-Enhanced Psychotherapy and has been speaking to various groups on mental health, well-being and intuition. Check out Joseph’s YouTube channel or connect with him on Facebook, Twitter or Google+ .