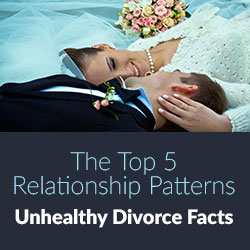 Lack of communication; the number one cause of divorces

Billy and Mariah were very much in love, and had many things in common.  When Billy reached his 40’s he quit his job, went to work for a lesser paying non-profit company and bought a motorcycle, as well.  He didn’t discuss any of this with Mariah, and assumed she would just go along with it.  Mariah was very upset and hurt about the whole ordeal. She became so bitter about these things that she and Billy hit a great divide and soon divorced.  Had they communicated, and talked out their feelings, they might have learned more about the present Billy and Mariah and kept their marriage alive!  Here are some statistics to help you get a better grasp on successful communication and how it works.

What successful communication equates to; as found in associatedcontent.com:

The number two cause of divorce; unhealthy behaviors

The physical, unhealthy bully; he or she might hit you, threaten you, kick, slap, or even just threaten to hit you.  Wake up world!  This is not acceptable as my friend Debbie found out in her relationship. It all started with her low self esteem which led to her letting her partner physically abuse her. Until she learned how to higher her tone level, take responsibility for the downward spiral the relationship had fallen into, she could not move on from that circumstance.  Debbie is now happily married to a really great guy.  She has been a long time friend of mine, and I was ecstatic that she rose above her past and found her happy ending.

In 2010 the Guardian came out with a study in which the following was documented:

While some say money makes the world go round, others it changes everything (and not in a good way). Keisha and John have a successful marriage if you take out one thing, the balancing of funds.  John is a frugal architect, and has put some money away for retirement. The rest of his cash flow has gone into the joint checking account. Keisha has used this account for Louie Viton eyewear, Coach Handbags, and frequently the Home Shopping Network. When John wants to buy something with his own cash, the cash is nowhere to be found. If they can set up separate accounts, keep the joint account simply as an occasional cash account, then this marriage can be salvaged.  A balance of funds must be established.

A study produced in 2009 at Utah State University, by Jeffrey Drew, can quantify this risk.

Mental abuse can be so damaging, people may not understand this enough, especially in a down economy. Negative things we say to each other have such a lasting, detrimental impact. For this example, Ned and Wendy will come into play. Ned is in his fifties. He is intelligent, kind, positive, and someone who always tries to please others even to the point of endangering his health. Ned’s wife Wendy is not as positive as him, and is a borderline personality. Sometimes she will shout at him; “Ned you are so stupid, don’t you use your head?” Ned soon hears this too much, gets nervous, and starts to feel like he is what she has suggested. Soon his health deteriorates. He then winds up in the hospital with a heart attack, and almost didn’t survive. When Ned embraced new ways to handle his stress and his wife, he took a 100% turn around on his recovery.

Rachel and Greg are a couple with a Down syndrome child. Greg often felt resentful of not having a normal child or what he thought as a normal married life. He soon turns to cheating; making up excuses as to why he’s coming home late, even taking a fake weekend business trip. Soon, he is remorseful, and tells his wife. He later learns to truly appreciate all the good things he does have.  His wife is spending a lot of time learning forgiveness, and rebuilding trust for a man she thought would never stoop to betraying her. Cheating is a downward spiral that is often beyond repair. Many get stuck in this rut and don’t know how to see their way out of it.

According to the Associated Press there are several factors as to why people divorce, and here are a couple of the statistics: