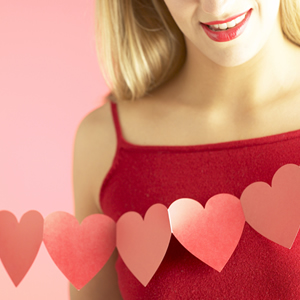 Ask 100 or so women about sexual desire and you’re sure to hear some amazing stories.

One will calmly tell you she had sex three times a day with her husband of twenty years, even though she would have preferred coupling much less frequently. Another will tell you she never felt desire at all for her first husband, and in fact never experienced an orgasm until she was 82 when she falling in love with the man who soon became her second husband. Another will recount a list of perhaps 100 lovers, almost all taken during her 48-year marriage to a man now dead four years, whom she professed to miss dearly. 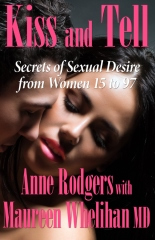 There is never a dull moment when you’re researching sexual desire in women. It’s a complex subject, as I discovered during the process of writing “Kiss and Tell: Secrets of Sexual Desire from Women 15 to 97

We distributed a short survey to 1,300 of Dr. Whelihan’s South Florida patients asking questions such as what stimulated their desire, what they thought about during sex and when they had the best sex of their life. Since the goal was to understand how desire evolves over a lifetime, I then chose representatives from each decade in a woman’s life to talk in-depth about their sexual history and experiences with desire.

The disparity among the decades was fascinating to observe. Teens can generally converse comfortably about sex, and they display a facility with the vocabulary surrounding sexuality. One teen explained that although the first time she had sex with her boyfriend was disappointing because there were no fireworks and it was over too soon, at least there were no lubrication problems because she was having her period.

I am a woman in my fifties, and rest assured, the vast majority of women of my era would have been far too mortified to schedule the loss of their virginity concurrent with a visit from Aunt Flo. Hey, we couldn’t even call a period a period; we concocted silly euphemisms like Aunt Flo.

Not surprisingly, most interviewees in their seventies and eighties were less at ease talking about sex than the teens and twenties. They related tales from their bedrooms with discretion, and in turn I found myself treading lightly when I asked questions about specific practices.

But for all their modesty and despite their lack of experience chatting casually about sex, the older women had much wisdom to share. They spoke to me about the patience of their husbands on long-ago wedding nights, men who soothed their fears and who learned how to satisfy them with regularity.

For women of all ages, satisfaction in the sexual arena seems to increase based on the acceptance of one’s body and desires, whatever they may entail. Our survey proved women of all ages use sexy movies, novels and pornography to get them in the mood, as well as massage, vibrators and role-playing. Women who had overcome their shyness and ventured to tell their partners what truly turned them on reaped significant benefits.

Finding a partner compatible on a sex drive level helps as well. Because men have roughly eight times the levels of testosterone as women — and since testosterone is a huge factor in the desire for sex — men generally have thoughts of sex more than women — but not always. I met more than a few ladies during the research for “Kiss and Tell” who outdistanced their men in desire.

Keep in mind that all of these parameters for libido are normal.

Problems only arise when partners from opposite ends of the spectrum find themselves paired. This happens because during courting behavior — as women are wooed with flowers, dinners and compliments — their libidos are stimulated by the attention, causing them to desire sex more frequently. When that wooing behavior ceases and everyday routines set in, a woman’s libido may fall back to her norm, which statistically is likely to be once a week.

She believes women need permission to enjoy sex and sees her mission as giving them a green light to enjoy intimacy by turning off negative thoughts during sex and sinking into a sensual awareness of their bodies and to simply embrace what feels good.

The most important thing I discovered during the course of my research was that the breadth of women’s experiences surrounding sex encompasses such a vast territory that it makes room for all of us. Despite what “Sex and The City” would have us believe, few women talk to one another about the specifics of their intimate lives to the degree discussed in this book, and so to have these details revealed is oddly reassuring.

I felt normal when all was said and done. In the women’s stories, I recognized pieces of my own sexuality, my own insecurities, my own preferences. No two women are identical of course, but as I listened to the stories of others unfold, I realized we all share common ground.

I learned that every one of us, no matter our age, is trying to find our way in and out of this crazy piece of the human essence that is our sexuality. And we are trying to stay on the path of discovery, but it’s confusing.

The women of “Kiss and Tell” demonstrate that we’re all normal. We are smart, complex, loving, adventurous, insecure, searching, shy, funny, sincere, reticent and empowered beings. And far from being a weakness, these complexities are our strengths.

Anne Rodgers is a former journalist whose 30-year career included stints at The Austin-American Statesman in Texas and The Palm Beach Post in Florida. She is a former features editor at both newspapers and a past member of the American Society of Sunday and Features Editors. Anne and Dr. Maureen Whelihan surveyed 1,300 women ages 15 to 97 for Kiss and Tell, and Anne spent an entire year interviewing a representative sample of women in every decade of their life in-depth for the book. You can learn more about Kiss and Tell by visiting its website or its Facebook page.